On a mission: Vaultex lends a helping hand over the festive period

Christmas is notoriously known as the time for giving.

With Vaultex’s track-record for volunteering all year round, it was inevitable our people would take any opportunity to spread some extra Christmas cheer.

Booth Bank Farm in the Cheshire countryside is home to the Children’s Adventure Farm Trust (CAFT),  who provide a variety of free programmes for terminally ill, disabled, and disadvantaged children all over the North West. Their 10-acre site provides a much-needed opportunity for children to have fun and laughter by exploring all the facilities on offer.

At Christmas time, this operation becomes bigger and better than ever. Enter, 10 volunteers from our Woolston site…

Over two separate days, they wrapped up (temperatures of -10!) to visit the farm and borrow away in the background to ensure all the planned visits went as smoothly as possible.

This involved pre-visit duties such as helping to wrap the mountain of presents ready for the end-of-day goodie bags (which included 100 selection boxes donated by Vaultex), to more on-the-go duties such as making hot chocolates, decorating gingerbread men, overseeing the firepit to toast marshmallows, keeping on top of any rubbish, and dressing up in festive costumes to keep spirits high. Customer Service Adviser Dawn McDonald and Treasury Analyst Karen Heydon took that one step further; volunteering to be mascots (polar bear and penguin, below) that wave the coaches off as they leave the premises.

“It was so lovely to all muck in and work as a team, which was imperative to get things done as it was such a well-oiled, large-scale operation,” says Customer Relationship Manager Micheala Bingham.

“I can’t begin to explain how heart-warming it was to watch the children arrive, even in the sub-zero temperatures! You could see how overwhelmed and excited they were to be there – which held extra weight when you know your efforts contributed to that.

“It goes without saying that we all left the Farm feeling even prouder to be part of the Vaultex community – and look forward to continuing our new tradition this year.” 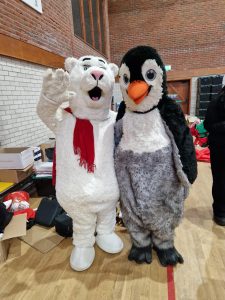 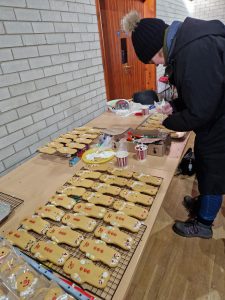 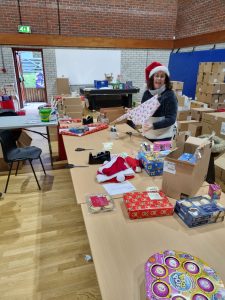 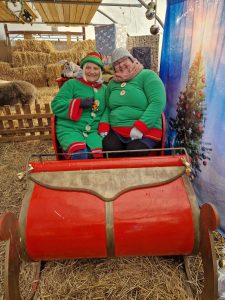 Over £1,000 donated to local foodbanks

As the Cost of Living crisis deepened in 2022, it became clear some individuals and families would require more support last Christmas than ever before.

Kilmarnock wanted to do something about it. Through employee contributions alone, the site amassed £504.00 – which Vaultex Match Funded to total £1,008. They then took to the shelves of Tesco to stock up on festive food and refreshments, and once safely in their bags for life, partnered with the Salvation Army to utilise their food bank network. This partnership ensured the food reached people who can no longer feed themselves or their families, or are cut off from other sources of support.

“Given the restraints and pressure we’re all living under in the current financial climate, I cannot thank and commend our people enough for the generosity they showed,” says Kilmarnock Site Manager Michelle Mackenzie.

“The actions of so many up here have made a real difference to those in need, at a time of year where people can feel most isolated and on their own. They should be very proud of themselves – as I am one proud Site Manager.”

The site has already committed to repeating the initiative this year. 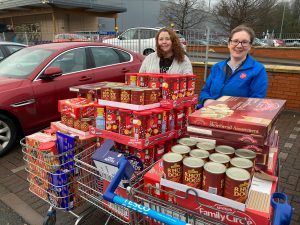 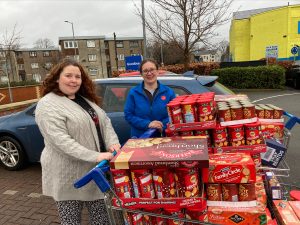 Dogs and cats aren’t just for Christmas; but they deserve to be just as spoiled.

Bristol teamed up with South West-based animal sanctuary, Holly Hedge, to take part in their Christmas shoebox appeal. Holly Hedge opens its gates to unwanted, abandoned, and often mistreated cats and dogs until responsible new owners in the Bristol and surrounding areas can be found.

Their shoebox appeal doesn’t overcomplicate things: take an old shoe box, fill it with all the food, treats and toys you can fit, take it down to one of their drop-off centres. Rinse and repeat.

After an extended donation period, Supervisor Agita Plavniece visited one of their centres in January to donate two cardboard boxes worth of goods:

“It was a pleasure to deliver so many goods to Holly Hedge. The gratitude they displayed really reinforced the positive impact we have made to the support they provide.

“We’ve our fair share of animal lovers here too, so it’s great to couple their want to help with one of the best charities in the region.”